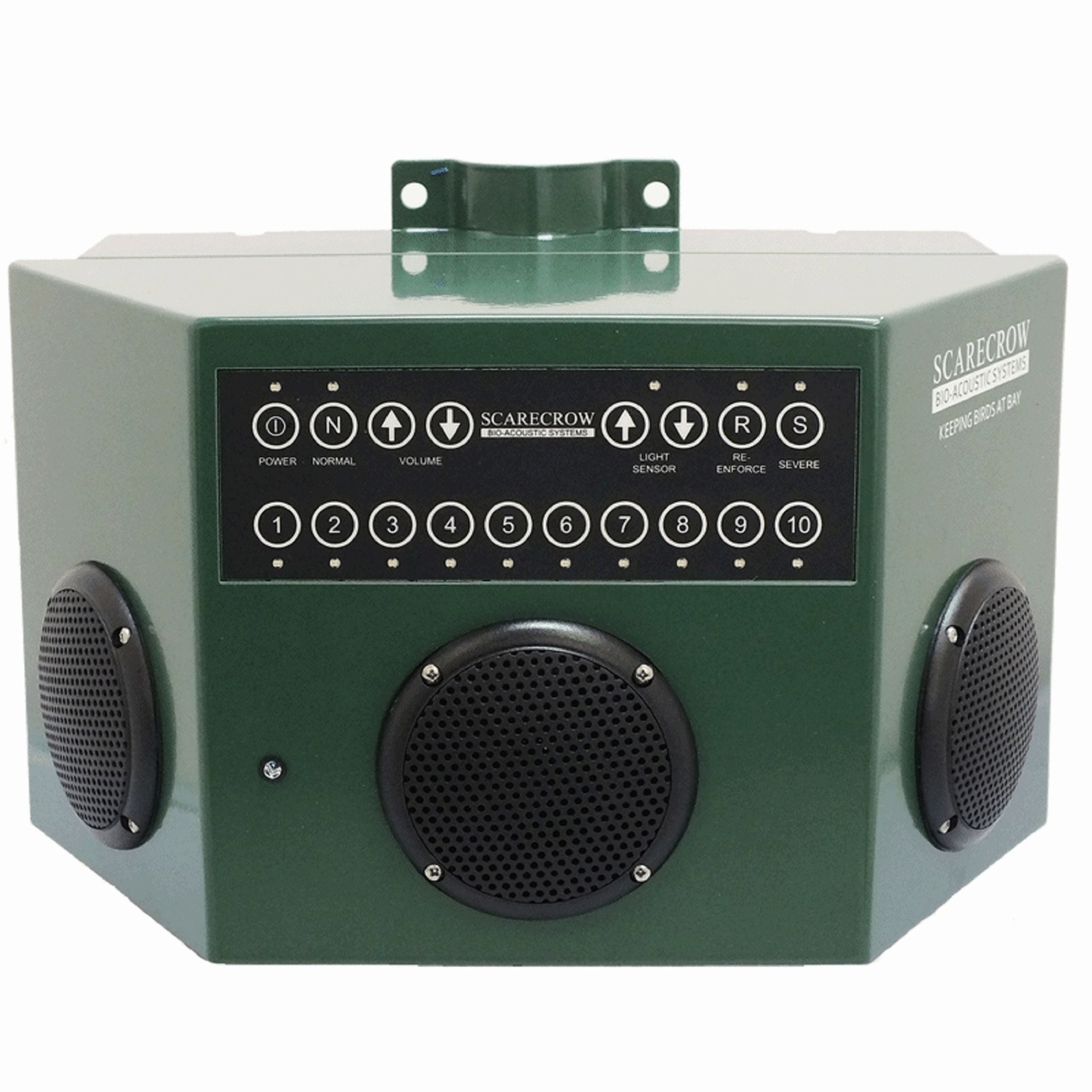 Birds sometimes cause inconvenience or pose a health and safety risk, for example because of the noise and stench they cause. Bird droppings can cause major damage to materials and buildings. Birds also pass on germs to people. Nuisance caused by birds can be prevented with Scarecrow 180, a system that can be used in areas of fruit cultivation, arable farming, parks, and other urban outdoor spaces.

Birds get used to unnatural loud noises because they don’t pose a threat. The 180 system uses natural bird distress calls in an animal-friendly but effective way.The distress calls of birds of the same species will alert birds, but of course they can’t identify the “bird in distress”. This sense of a lack of security makes the birds consider the area as unsafe, and they will look for an alternative habitat. Each bird will only respond to calls from its own species. A gull, for example, will not be impressed by the distress call of a crow. That’s why the distress calls of a wide variety of bird species have been recorded in this system. An advantage of this bio-acoustic system is that the calls are emitted at a natural noise level, so that the public often won’t even notice them. So there are no loud bangs! For the birds it is also a humane deterrent, which does not put their life at risk.

Scarecrow 180 is an integrated, fully weatherproof bird-scattering system, which has a 200° emission angle. The system can be fitted onto a wall or post. Power supply via mains, battery or fully powered by solar energy. The Scarecrow 180™ can cover up to 20,000sq metres (dependent on wind direction and ambient conditions). When adding the Scarecrow 360™ “slave” unit, this increases to up to 40,000 sq. metres.

Bird species for which the 180 can be used

The Scarecrow 180 is supplied standard with the distress calls of six bird species. Other bird species can be added to your system.